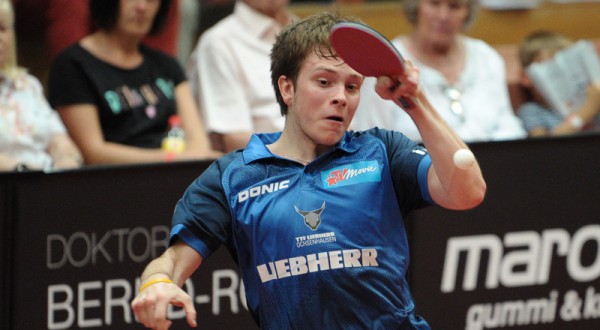 DONIC welcomes a promising young star among its partners. One day after his 18th birthday, Vladimir Sidorenko has given himself a present: The young Russian, who experts have already long been considered as one of Europe's greatest talents, has signed an equipment contract with the traditional German company. This step was only logical, as Sidorenko has been playing with BLUESTORM rubbers from DONIC on both sides for quite some time.

Since September 2018, the left-hander has been at the DONIC-supported Liebherr Masters College. In the TTBL, he played for the DONIC club TTF Ochsenhausen this season, achieving a 4:3 score in his seven singles - a very good result for a 17-year-old. At his recent match in mid-January he attracted attention when winning over Bastian Steger, and at the beginning of March he set an exclamation mark at international level: In Varazdin / Croatia, he won the U21 European Championships.

Finally, the 18-year-old also has an equipment contract with DONIC. And what kind of guy is he?

Vladimir Sidorenko, nicknamed "Vova", was born in Siberia, and he has a lot in common with Siberian bears: his strength and speed are amazing, and when he strikes, no grass grows. Vova's forehand topspin is outstanding thanks to his very good body tension: enormously fast and with very much rotation. He is an extroverted guy who shows his feelings also at the table - much to the delight of the fans. But he still has to learn to control his emotions well, especially in difficult situations.

His ambition, fighting spirit and passion can be felt in every phase of the game. Vova is one of thousands of young players who dream of winning medals at World Championships and Olympic Games one day. Now he has a strong partner at his side on the way to that goal. But Vova Sidorenko is not just any player. He is the U21 European Champion, he is ranked 7th in the U21 world ranking. The future belongs to him. And he trusts in DONIC.

Welcome to the team, Vova! 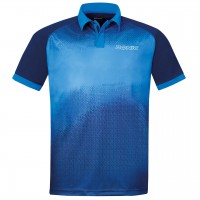 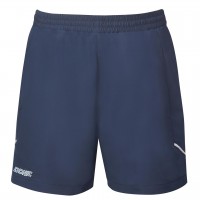